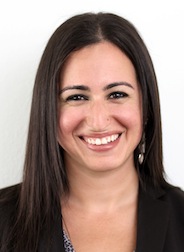 Keeping Your Best Interests at Heart

Before joining Marsanne’s legal team in 2016, Rose spent 3 years as a staff attorney at the California Traffic Defenders, representing clients in DUI cases, traffic citations, and administrative proceedings before the DMV. Before that, she spent several years working at her own criminal defense practice. During that time she did a substantial amount of law and motion work, as well as direct representation in criminal cases. She was part of a six-person legal team defending against a special circumstances gang murder indictment in San Francisco, and served as co-counsel on a number of serious felony cases.

In addition to criminal law, Rose has a background in international and comparative law, and has authored several published articles in that field. She is a member of the National Lawyers Guild and volunteers with that organization to provide pro bono representation to political protesters. She is also a member of San Francisco’s criminal conflicts panel, and gets appointed by the court to represent indigent clients facing criminal charges.